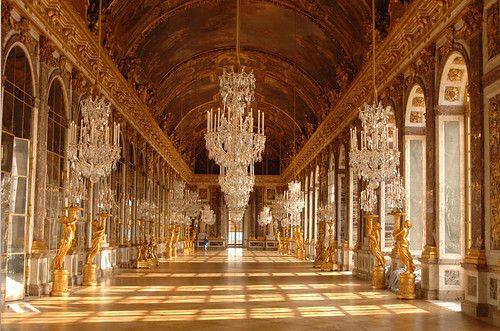 Some of you know we recently went to Paris and Vienna on a vacation. I decided that some of our travels should come out of memory and be shared. I am not a very good photographer. I try and I think it looks good but when I get home it’s a disappointing kind of thing which never reflects what I saw so I decided to borrow other wonderful pictures from people far more talented than me.  If I have unintentionally not credited a photo the right way please contact me and I’m sorry in advance.

One day we went to Chateau Versailles. A short train trip from the apartment in Montmartre took us the the village of Versailles. Upon existing the loud, tourist crammed train we poured out onto the street with everyone else. This is usually not my thing but since this was the third visit to Paris I couldn’t pass on Versailles again.

Everyone went right so as per my norm I went left in search of some non tourist food for an early lunch. A bistro had just opened and myself, Chris and Sara bumbled our way through ordering in french. (I keep trying and thankfully the French are very patient with me) It was a lovely and huge ham omelet and a fresh glass of white. I think Chris had trout and Sara had a tomato, mozzarella and basil tartine. 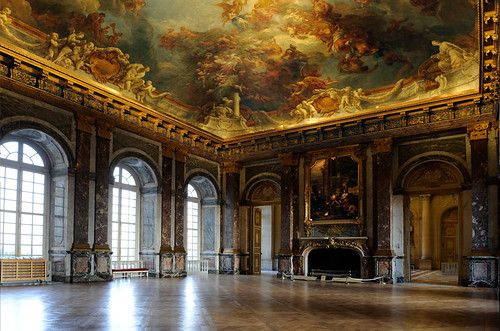 Long story short we walked to the chateau and got tickets. Now I read in a tourist book how if you ever go to Versailles to go on the guided tour since you get to see parts not open to the general public which is exactly what we did. We were on the english tour with a very lovely French guide. We got to see many of Philippe the III apartments with the most astounding original furniture and reproduction fabrics. My art history eyes were taking it all in. How lovely and how terribly decadent. There is gilt everywhere. Walls, ceiling, roof, doors, etc….It gets to be overwhelming and I started to see why the regular folk were so unimpressed with the rich.

The tour was about 2 hours and we were pretty footsore but we still had the  general admission areas to explore. 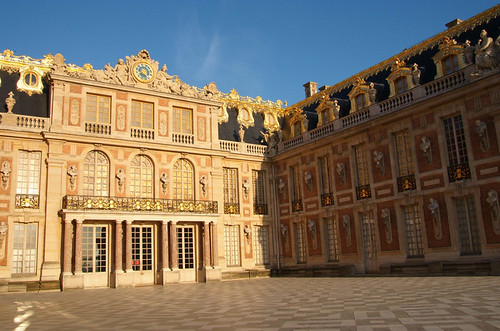 We skipped the rooms and rooms of models, dioramas, movies and such as the day was passing and we were getting tired. The crowds in the imperial apartments were like being in the current of a river. You have to go with it and swim on an angle to get to the shore. This is one reason why my photos weren’t so great. I kept getting jostled. Everything is a bit blurry or very blurry or not even what I wanted to shoot. We did get a bit lost and thankfully found what was auspiciously called a tea room. It was cafeteria with seating suspiciously like a space for school children. We all agreed the room was the most depressing room in France.

After being caffeinated we moved on getting a little more lost. The place is huge, massive and the map is less than helpful. The tour expelled us out into an interior courtyard with no signs but lots of tourists milling about looking lost. After a bit of exploring we found the way out and ended up at the top of the garden. We decided since there was only 45 minutes until closing the trek (45mins) to the other buildings. Le Petit Trianon and Le Grand Trianon as well as the farm and mill not to mention the grounds were out of the question. 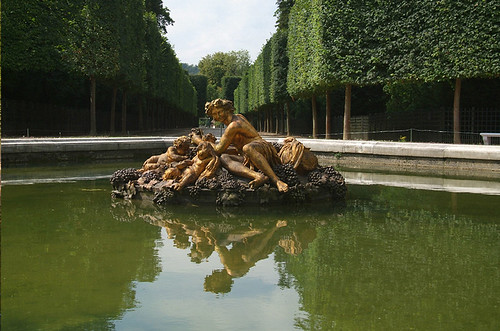 We were “done like turkey” as one of us put it. We realize now we missed an entire section of the palace…..Oh well.

We all decided that the grounds need a day unto themselves. As I was looking at the map there was a key I found confusing. It looked like a macaroon to me. Sara pointed out it was a macaroon and those were places to buy them. People really go crazy for them. I have yet to see the appeal except for they are pretty. 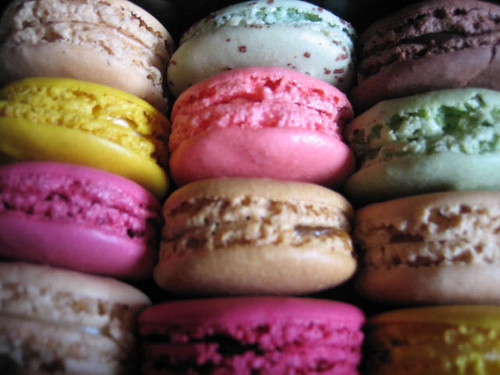 Ok. So we headed back to the long ticket line in  the train station and the ride home. We were bushed but I was happy we went. If, when you go because you should, do the guided tour. It was worth it and you learned much more and got a quieter more intimate experience.